A dropdown multi-level responsive menu with some nice design elements. Also check out this version that has a logo, perhaps more practical - and a white layout. 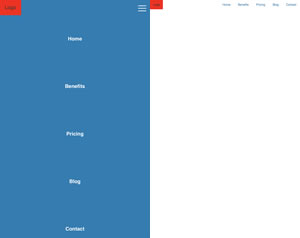 An animated burger menu with single dropdown levels. Basic, but seems to be running well and tests across the devices without issue...

A basic but bulletproof responsive dropdown multi-level responsive menu. Code is a little untidy and doesn't use purely ul and li for the menu items. 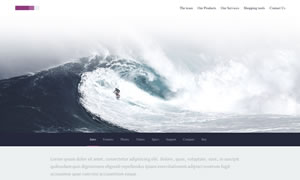 A beautiful job by Codyhouse. Responsive menu featuring three different styles of menu. Simple - just the top level menu. Sub-nav with a second level of navigation... and a Hero version that you can swap out to include the Swiper by idangerous as they work nicely together. Auto-hides on scroll but reappears when scrolling back towards the top of the page. The sub-nav remains sticky.

A production version of this menu can be seen on the Riverside Apartment, Taupo Accommodation website.

Nice, basic 'mega menu' from Codrops. Can be modified to dropdown with mouseover event rather than a click 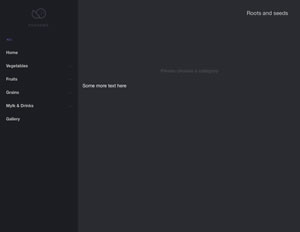 Nice multi-level responsive dropdown menu that features animation and logo top-left. A bit of a bee-atch to edit and customise. 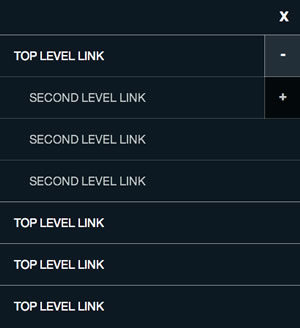 Multi-level responsive dropdown menu. Note that on wide screens the sub and sub-sub menu items are not shown, only the top level links. 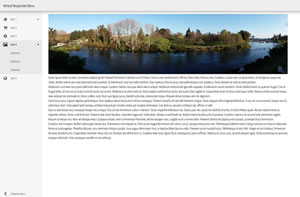 A responsive, very functional menu. Full display shown on widescreen, collapsing to a sliding panel menu on small screens. Icons provided by FontAwesome, a good range of preset icons is in the CSS files.

As seen on Github by Cleidson Franca 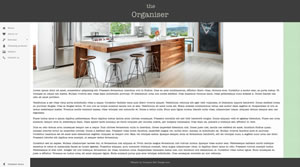 A responsive, very functional menu. Full display shown on widescreen, collapsing to a sliding panel menu on small screens. Icons provided by FontAwesome, a good range of preset icons is in the CSS files. This excellent, versatile menu was modified by Piccante Web Design to feature a 'sticky' header menu.

As seen on Github by Cleidson Franca 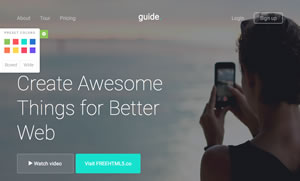 A very nice template and menu operation from graphicburger.com 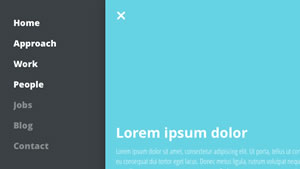 As seen on Codepen by Adrian Gyuricska 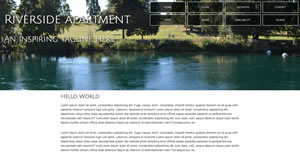 An adaptation by Piccante Web Design of the menu developed by Nick Salloum. Responds to device width of course, and the menu uses a transition of opacity to occupy the space left open on smaller devices.

An adaptation by Piccante Web Design of the menu developed by Nick Salloum. Integrates an SVG icon for each menu item.

With thanks to the tutorial from CallMeNick, this menu has been significantly modified and given a tweak to make it stick - to the top of the page. Some jQuery magic has been added to animate parts of the page on scroll down. Also check out this version that includes the Skeleton responsive CSS framework. 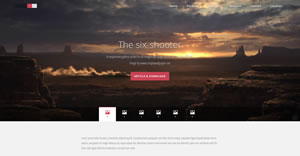 A beautiful design job by Codyhouse. Responsive menu featuring an icon-based navigation slider with a full-screen background image or video. This design is ideally suited to pages that require a maximum of 5-6 landscape orientated images on each page. 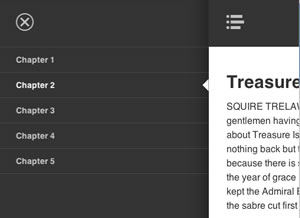 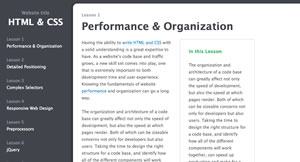 Similar to the Bushell menu, this also has a left-aligned menu on larger screens reverting to a slide-in menu on smaller devices 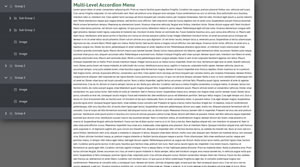 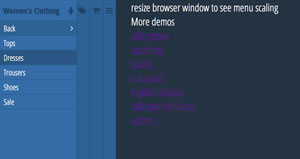 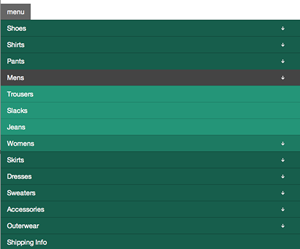 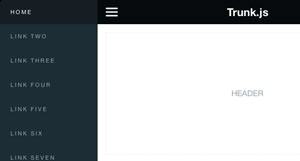 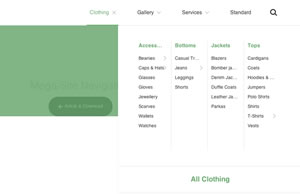 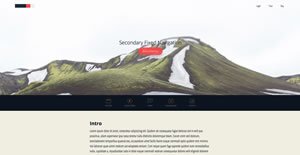 A stylish and functional menu that suits a single page or long page. Key nav items can be placed in the top menu bar as well as a secondary menu with icons appearing in the page layout. 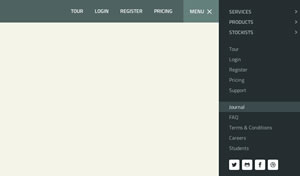 A stylish and functional menu. Key nav items can be placed in the top menu bar as well as appearing in the responsive side panel which allows multiple sub menus. 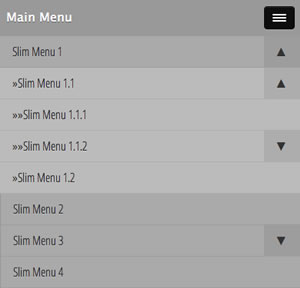 Note that this menu has an issue with closing when scrolling on touch devices. A fix to the .js file works and can be viewed here. Thanks to Dusty for this solution.

The correct js file is loaded to the piccante.co website for its own function. 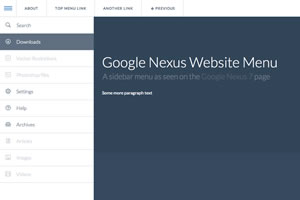 A slick responsive menu that has multiple sub menu options as part of the left menu and a top links menu for often-used pages. 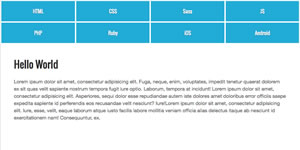 Nice menu that suits an even numbered amount of menu items

By Call Me Nick

A new concept in responsive navigation menus where the (least important) right-orientated menu items form part of a dropdown menu on small screens and devices. This demonstration includes the responsive image technique of using srcset